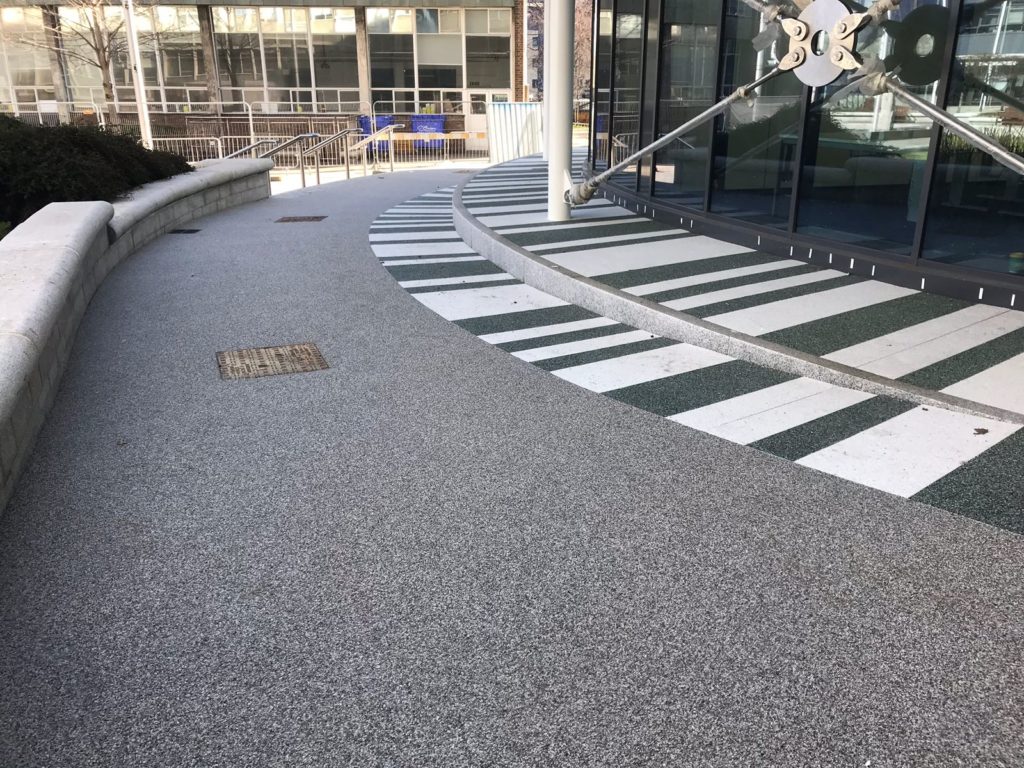 Based in the heart of Newcastle upon Tyne, Northumbria University originates from three colleges: Rutherford College of Technology, the College of Art & Industrial Design and the Municipal College of Commerce. In 1969, they were combined to form Newcastle Polytechnic.

The main contractor was contracted to demolish Rutherford Hall and deliver a new state of the art building to accommodate a Computer and Information Sciences (CIS) department.

SureSet were originally contacted in 2016 about the resin bound aspect of this prestigious project.

The brief for the new CIS building was based around sustainability and designed to maximise energy efficiency: