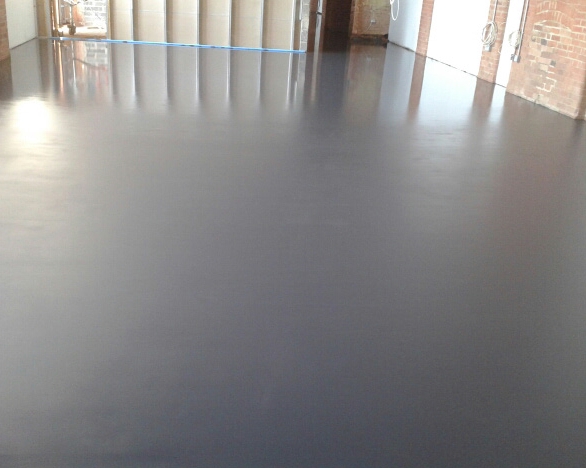 Zenith Pola Flooring provides a royal solution to create floors fit for a King at the Richard III visitor centre in Leicester.

On 4th February 2013, it was confirmed that a battle-scarred skeleton found in a car park in Leicester was King Richard III. The last of the Plantagenet dynasty, Richard had been killed in the Battle of Bosworth on 22nd August 1485 and buried in what was then Greyfriars Friary Church. The find attracted worldwide interest and it was decided to build the Richard III Visitor Centre on the site, telling the story of the King’s life and death. Zenith Pola Flooring with many years’ experience and widespread expertise in overcoming inherent flooring problems, were able to act as flooring consultants on the project, suggesting a flooring solution that avoided existing asphalt and screed having to be removed, ultimately saved Morgan Sindall both time and money. During an initial site inspection, it was found that the existing substrate was in a poor condition, comprising 20mm of poor sand and cement screed, a cardboard type bitumen coated layer, and a further 20 – 30mm of screed, before reaching a sturdy concrete base. It appeared unlikely that there was a damp proof membrane in the floor. Access to the site added a further difficulty, as the entrance gate was just 4 metres wide, providing constraints for deliveries. It was agreed that the flooring product could not be installed on the existing floor without fear of failure, and an initial proposal was put forward. This suggested removing and refilling trenches and areas of infill, filling deeper trenches with concrete, removing and filling debonded areas, removing tarmac and, in one area, installing the new floor over existing paving slabs and concrete. It would also be necessary to consult a resin manufacturer about installing a damp proof membrane. While everything would be done to reduce the risk of cracking, this could not be guaranteed. Zenith recommended the introduction of a floating floor and made good all the damaged areas, fixing the platon securely wall-to-wall by means of tape, edging and corner strips, and pumping base material into all areas. Finally, a black top- coat was applied and sealed with a silk top coat. The team from Zenith worked weekends and Bank Holidays to avoid delays in completion and the result was an impressive floor installed on time and within budget.