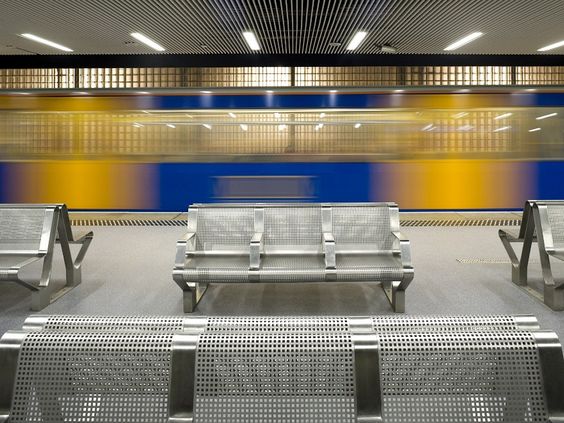 Newcastle’s Metro Central Station gets a new look from Stonhard

Newcastle Central Station is the region’s major commuter hub, used by 5.3 million passengers each year. In 2010 Nexus, operator of Tyne and Wear Metro, announced an 11-year long, £350 million modernisation programme ‘Metro: All Change’ including redevelopment of many of its 45 stations across the network. Paul Wilson of Tolent Construction, Project Manager in charge of a £6 million revamp of the iconic Central Station, explains: “Stonhard, having delivered a complete overhaul of the Haymarket station floors, helping to create a flagship station for the whole network, were pre-approved flooring suppliers for the revamp of the Central Station.” Stonhard’s brief was to deliver durable, quick-to-install, good looking floors for two platforms, lower and upper concourses, ticket hall, the upper pedestrian exit and internal and external staircases. Steve Lyon, Stonhard’s Contracts Manager responsible for the Central Station project, comments: “This was a very challenging project for us as we had a short allocated time slot to install over 1,750 square metres of new floors. The preparation work, including grinding the existing floors down, installing the sidewalks and coving, had to be done during the weekly night shifts between 8pm to 4am. We had a team of six permanently on site and over five weekends when the station was closed, our crew grew to 12.” Stonhard’s Stonres RTZ flooring system is sound absorbing, easy to clean, resilient, seamless and stain resistant. Nexus opted for a custom colour to complement the predominantly white interior with walls picked out in a feature colour, helping assist passenger navigation. The client is delighted with the end result and the lack of disruption due to Stonhard’s dedication, professionalism and preparation.