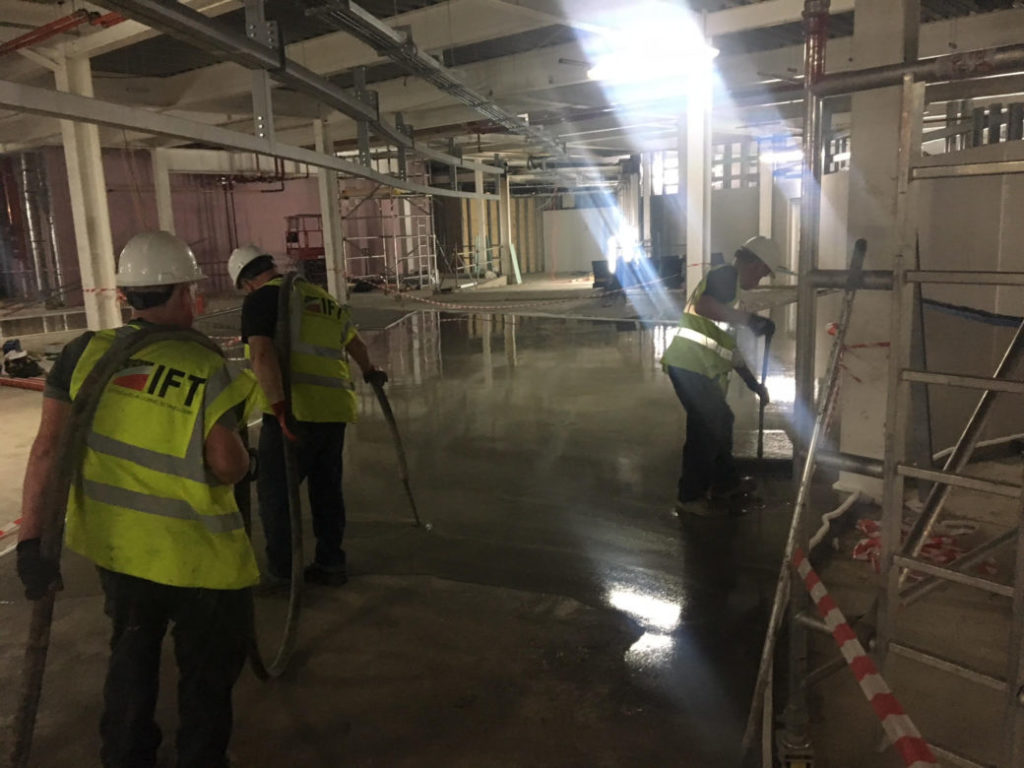 IFT was appointed by the contractor who were awarded a £10 million contract to fit-out the new terminal extension at Edinburgh airport, which forms part of a wider £80 million investment in the airport.

The IFT team installed 9,000sqm of K-Screed and 8,650sqm Self Level Screed to the new south east pier extension, three new stands (including all the link corridors), and all the floors in the new three storey extension. Working both landside and airside, the team had many challenges to overcome due to limited access, tight timescales, as well as coordinating the works alongside multiple trades who were working on-site in close proximity to each other.

Level and lay in a day, even over old adhesive residues, with Level IT Pro30

UltraFloor are known for providing expert and quality subfloor preparation materials specially curated to handle a variety of flooring environments. […]

Ryebrook Resins Flooring Ltd, who were a pioneer in the installation of resin floors to industrial, institutional and educational clients […]

Equipment manufacturer Husqvarna Construction Products further strengthens its position on the global floor grinding market by launching not one, but […]