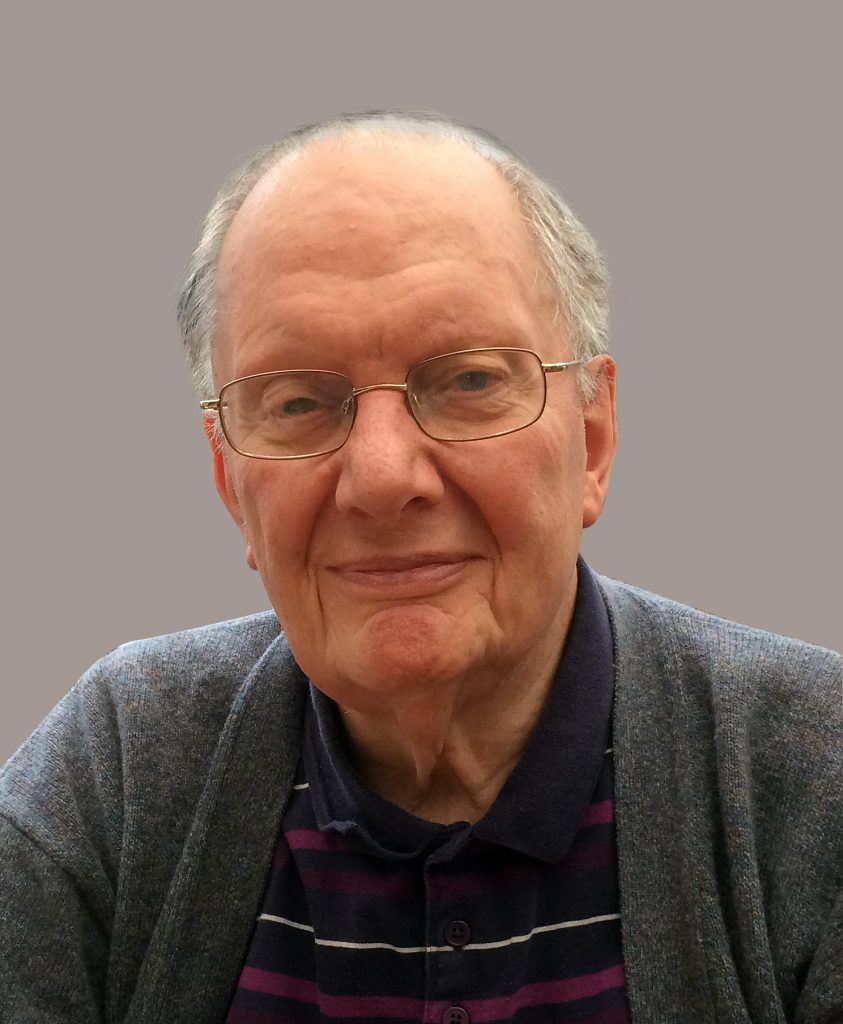 FeRFA is sad to announce the death of the former FeRFA executive director Brian Poulson on the 5th April 2020.

Brian Poulson was born on the 31st July 1937 in St Albans, Hertfordshire.

Having attended St Albans Grammar School where he excelled in both Mathematics and Sciences, Brian won a scholarship to study Chemistry at Downing College Cambridge in 1956, graduating in 1959 with an honours degree in Natural Sciences. He then devoted his working life to the application of science to building, construction and highway engineering.

His first post was at Rickmansworth as a research chemist for Cementation Research (1959-1968) concentrating on construction and mining processes. At Cementation Chemicals in Norbury, South London, (1968-1972), he became a Technical Manager focusing on industrial flooring, structural waterproofing, and concrete repair.

Brian was able to specialise as the General Manager for Technical and Marketing for Redland Prismo at Rowfant, (1972-1981) in road markings, specialist surfacings and joint sealants. He was particularly proud of the work he undertook in Japan, the USA and at Tehran Airport in Iran. From squash courts to international motorways, his research, laboratory development and applied learning were bearing fruit.

He became technical director at Fosroc in Leighton Buzzard (1981-4), specialising in international mining chemicals and resin products and then moved to Prodorite in Wednesbury, West Midlands (1984-1990). This was a smaller national firm specialising in industrial floorings, concrete repair and specialist coating products. He was to enjoy some of the most productive and fulfilling years of his working life in the Black Country, where he felt welcomed and at home.

Brian’s calm, analytical, scientific brain, became invaluable as an expert witness at the Investigation into the King’s Cross Underground Fire of 1987 chaired by Desmond Fennell. Brian was able to help disprove the initial belief that the paint provided by Prodorite had caused the disastrous flashover. In so doing, he contributed to evidencing the real lessons learnt by the enquiry.

In 1990 Brian moved back into the international business world with WR Grace, based in Slough, as Group Leader in the Industrial Flooring and Concrete Repair Division before becoming an independent consultant in 1995. The contacts he forged internationally became invaluable and his extensive technical knowledge was deployed with the generous enthusiasm of a life-long industrial chemist who perceived his labour as vocation.

Brian’s experience and technical expertise began to serve a wider scientific and commercial community and his horizons broadened beyond the UK. He became Technical Chairman of the Resin Flooring Association (FeRFA); and Secretary General of the European Federation of National Associations Representing producers and applicators of specialist building products for Concrete (EFNARC).

The former President of EFNARC, David Chapman, based in Belgium, paid tribute by declaring that, “Brian was incredibly knowledgeable in the field of Construction Chemicals and was one of the people who helped create a billion pound industry in the UK today”. He went on to remark how Brian’s contribution had been recognised more across Europe than in his own country where he had been instrumental in the development of the European Construction Chemicals industry.